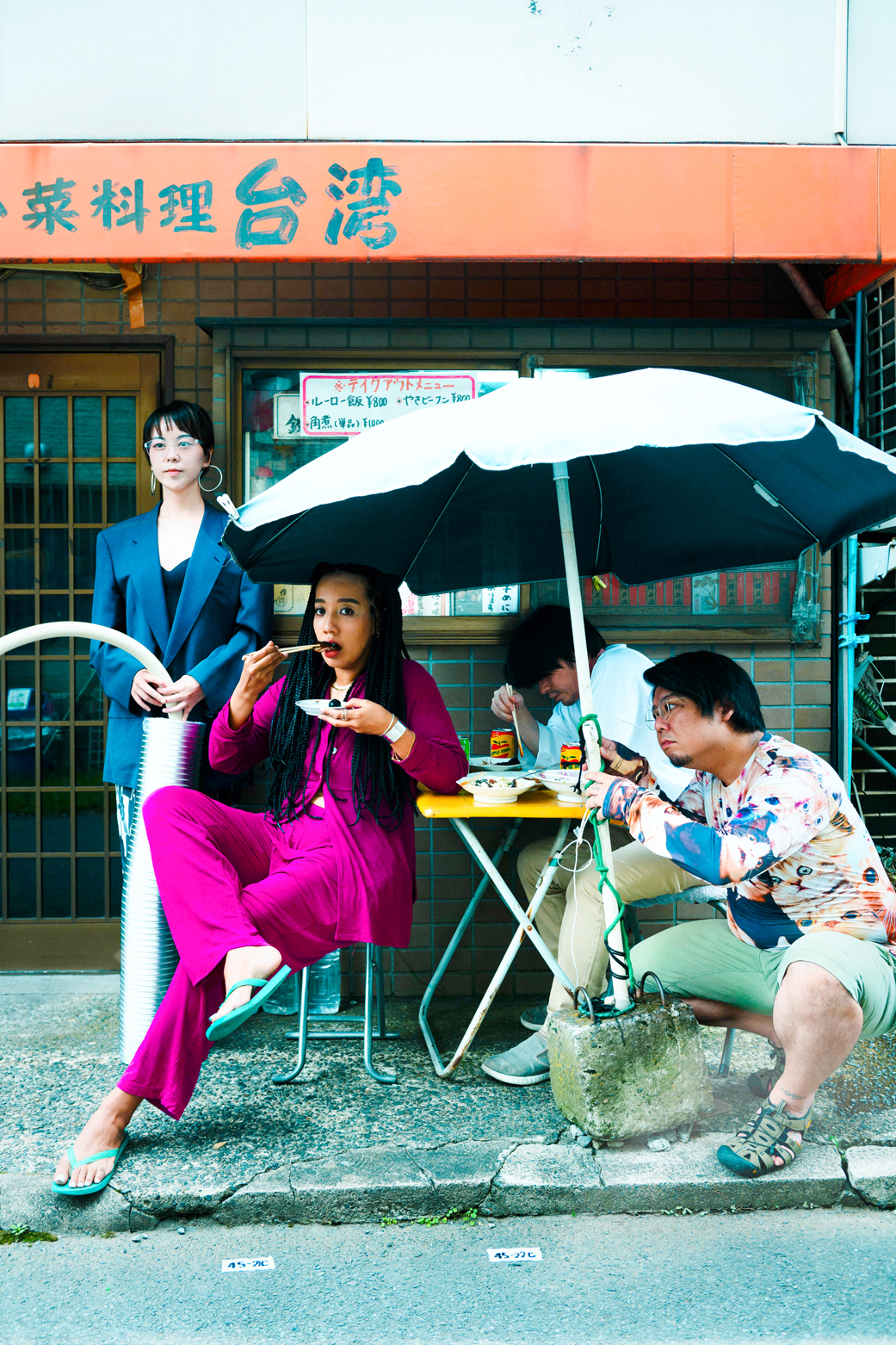 In 2014, んoon (spelled in English "hoon" and pronounced [huːn]) started as an instrumental trio composed of harp, bass, and keyboard. In 2016, the vocalist JC joined the band, completing its current form.
The band name comes from the Japanese mimetic word "hoon" [huːn] expressing admiration or indifference, the pronunciation being the same as "bad luck". The first letter of the band name is written with a Japanese character very similar to the cursive letter "h."

Members create sounds and lyrics as it comes up in their thoughts, without being particularly conscious of a specific genre, trying to go past the languages spoken by each instrument. During their instrumental period, んoon were focusing on producing an elaborate ensemble inspired by progressive rock and jazz, following the image of cogwheels as a metaphor for each instrument's sounds. The flexibility of their music exploded after the vocalist JC joined the band. Her mellow whispering voice gently ties together the odd time signatures and the tricky modulations, holding sway over genres rather than more than just crossing them.

In June 2018, んoon released their first EP "Freeway" through the label FLAKE SOUNDS. In August of that year, JC participated to the album "The Latest Number" of the reknown post-rock/math rock band toe. んoon has performed in many venues ranging from underground live houses in Tokyo/Osaka to festival stages like FUJI ROCK FESTIVAL '19 ROOKIE A-GO-GO.